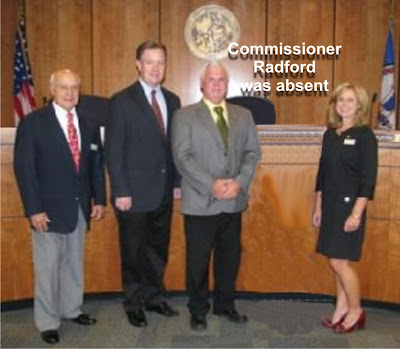 (NOTE: Comments in blue are differentiated as they are county staff comments in an advisory capacity)

Mr. Thompson reviewed changes made by the commissioners to the proposed ordinance, including increasing setbacks and changing wording from “increase” to “modify.”

Mr. McNeil spoke in favor of110% setback and adjusting setback during special use permit process.

Ms. Hooker stated 400% is a good safety net and can be altered either way during special use permit process. She discussed the importance of setting high standards and placing the burden of proof on the petitioner.

Mr. Jarrell stated 110% is an acceptable standard, noting each application will be site specific.

Mr. Jarrell stated the issues can be addressed during the special use permit process.

Mr. Thompson discussed allowing a maximum noise level of 40 decibels which was


suggested by the commissioners.

Mr. McNeil suggested allowing 60 decibels which is the same as in the small wind ordinance.

Mr. Peters discussed issues regarding measuring decibel levels including measuring ambient noise. He stated he is in favor of a maximum of 60 decibels.

Mr. McNeil reiterated importance of being consistent in ordinance.

Mr. Thompson explained that the terrain plays a part in noise emission levels.

Mr. Jarrell discussed the importance of acquiring measurements from acoustics engineer. He stated noise level measurement will always be difficult.

Ms. Hooker discussed the importance of setting a standard for petitioners.

Ms. Hooker discussed the importance of protecting the community. She suggested taking wind readings prior to building turbine.

Mr. Peters noted readings would vary during all seasons.

Ms. Hooker stated noise should be measured from the property line.

Mr. Thompson discussed preconstruction analysis during which ambient noise could be measured and used as the standard each site.

during a future meeting.

Mr. Peters noted no standards have been set for low frequency noise.

Ms. Hooker stated the commissioners have a consensus on the definitions and the maximum noise level of 60 decibels.

The commissioners discussed turbine shut-down if the turbine is disruptive.

Mr. McNeil made a motion to have setbacks of 110%, including one-half mile from existing occupied dwellings.

Mr. Thompson called the roll and the motion passed (3-1) with the following vote:

Commissioners had a general consensus to restrict noise to a maximum of 60 decibels.

Welcome to the Blue Ridge Plateau